They’re housed in a renovated turn-of-the-century warehouse, which has hosted everything from concerts and club nights to exhibitions, theatre, live art and other performances, as well as being available for private hire.

Four tube carriages and two shipping containers were converted into co-working spaces. A few months later, the perfect location was found: the top of an old railway viaduct bang in the middle of East London.

Next to the viaduct was an old Victorian warehouse which had been a coalstore for the railway but had fallen into disrepair. They put a roof on it, cleared out the rubbish, sandblasted the walls and laid down a floor to transform it into the venue that they have now.

It has hosted some real stars in the 10-years or so since it’s opening, but we feel our fiery stuff is the brightest of them all. Come find us on the dance floor. 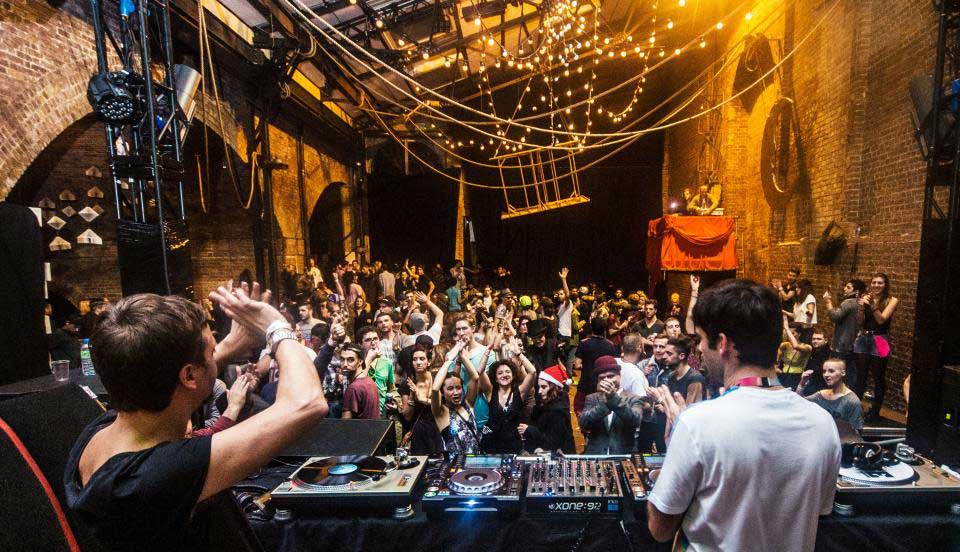 Check out their site: www.villageunderground.co.uk